This October Disney+ is adding a couple of titles for the Halloween season, among those a Halloween special from Marvel, a different superhero movie from its Fox branch, and new seasons and episodes of some of the platform’s original TV shows, including more episodes of its newest Marvel and Star Wars series. On the comedy front, Disney+ is also well represented this month with the comedy drama series The Bear and the romantic comedy Rosaline.

The biggest Halloween release actually arrives on the last day of September, the debut of Hocus Pocus 2. But there’s more spooky season to come with Marvel’s Werewolf By Night, based on the popular horror comic. Plus, there’s the arrival of The New Mutants to Disney+, 20th Century’s final X-Men film, which was also horror-flavored. The Disney Channel special Hall of Villains will also come to streaming as part of the Halloween scares, as will the arrival of the sing-along edition of Into the Woods. Both seasons of the older series Zorro will also arrive this month.

Below you can see the full list of everything new on Disney+ in October, as well as a couple highlights to check out.

Chef Carmy (Jeremy Allen White) returns to Chicago to run his late brother’s sandwich shop, which proves to be quite a challenge. The diner is in debt, the kitchen is a mess and the staff is chaotic, but Carmy puts his weight behind it and does his best to make something out of it.

After eleven seasons, which were not all equally strong, The Walking Dead says goodbye in a spectacular way. Daryl helps Maggie and Negan on a perilous mission to confront the mysterious Reapers. Meanwhile, Eugene’s group must adapt to the Commonwealth to get help for Alexandria.

High-spirited basketball coach Marvyn Korn (John Stamos) begins to feel more and more at home as the girls’ coach. That will change when the girls’ school is expanded to include male students. The guys steal his gym and cause all sorts of trouble.

Marvel is doing something completely new again with Werewolf by Night. This is not a new movie or series, but a standalone special of about an hour and in the style of an old-fashioned horror film. A group of monster hunters gather in a mansion to get their hands on an important relic, the night soon takes a deadly turn.

Everyone knows Romeo and Juliet, but before the two fell in love, Romeo was in a relationship with Juliet’s cousin Rosaline. He dumps her to be with Julia and Rosaline doesn’t like it. She devises a plan to foil the romance and win back her boyfriend.

Full List of What is New on Disney+ October 2022

Dancing with the Stars – Episode 3

The Mighty Ducks: Game Changers – Episode 202 “Out of Bounds”

Dancing with the Stars – Episode 4

Into the Woods (Sing-Along Version)

Dancing with the Stars – Episode 5

Dancing with the Stars – Episode 6

Dancing with the Stars – Episode 7

Star Wars: Tales of the Jedi

The Mighty Ducks: Game Changers – Episode 205 “Icing on the Cake”

Alvin and the Chipmunks: The Squeakquel

Dancing with the Stars – Episode 8 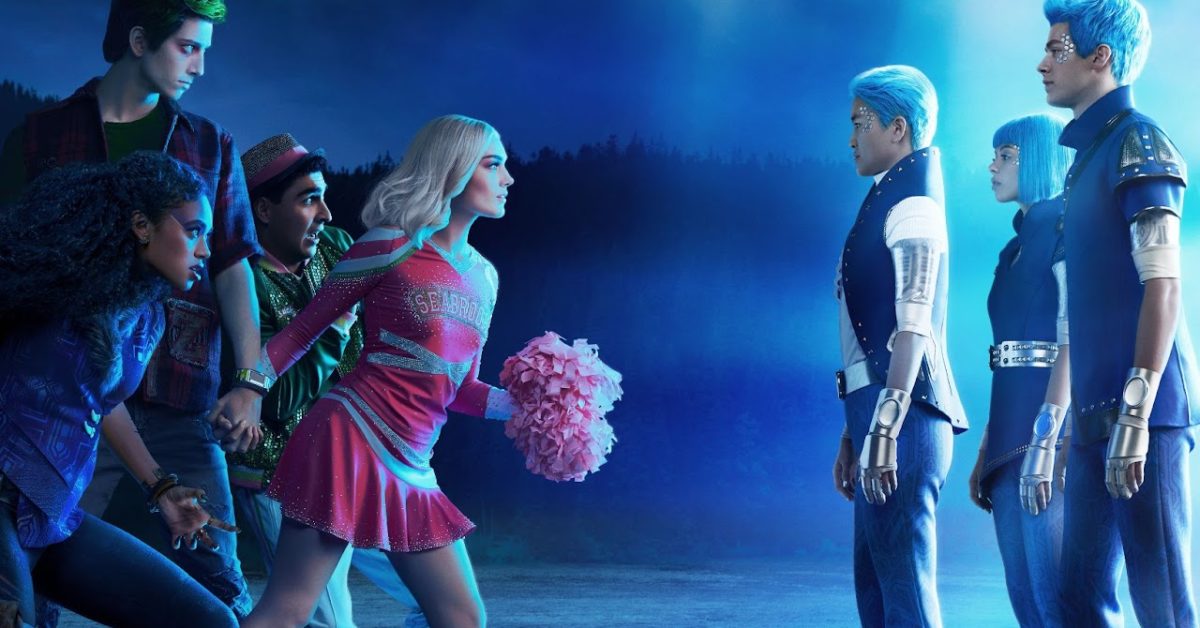